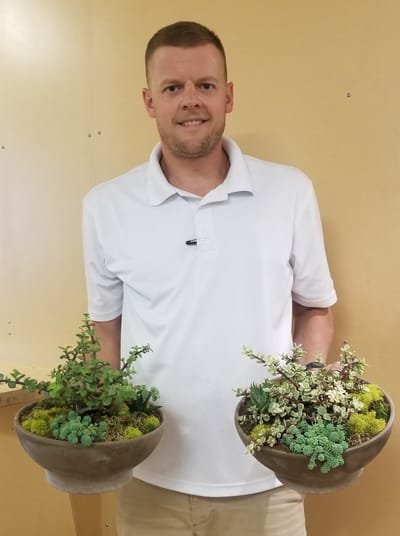 Established in 2018 by local Chattanoogan and Navy veteran Michael Brown.
Like many boys, Michael was drawn to the outdoors and nature from a young age. Michael attended Hixson High School class of 2002 and Chattanooga State Community College; throughout those years his interest in plants and design found its roots. After completing his studies at Chattanooga State in 2004, Michael enlisted in the Navy and served with distinction for four years. In 2008 Michael left the Navy with an honorable discharge and set out to obtain a degree in landscape architecture. In 2010 Michael enrolled at The University of Tennessee Knoxville. While enrolled full time and working a part time job, Michael worked in the experimental gardens on campus and also oversaw the interior plant greenhouse. Working as a maintenance hand for residential clients in the Knoxville area he realized his future would be in design and construction of interior and exterior spaces. Graduating in 2013 full filled a life long dream for Michael. He was rewarded with gainful employment in Carmel, Indiana with the Engledow Group. Gaining priceless experience working with some of the best in the landscape and plantscaping industry. Since returning home to start his own business in 2015 Michael has realized business is about establishing lasting relationships first and having a passion for plants second.